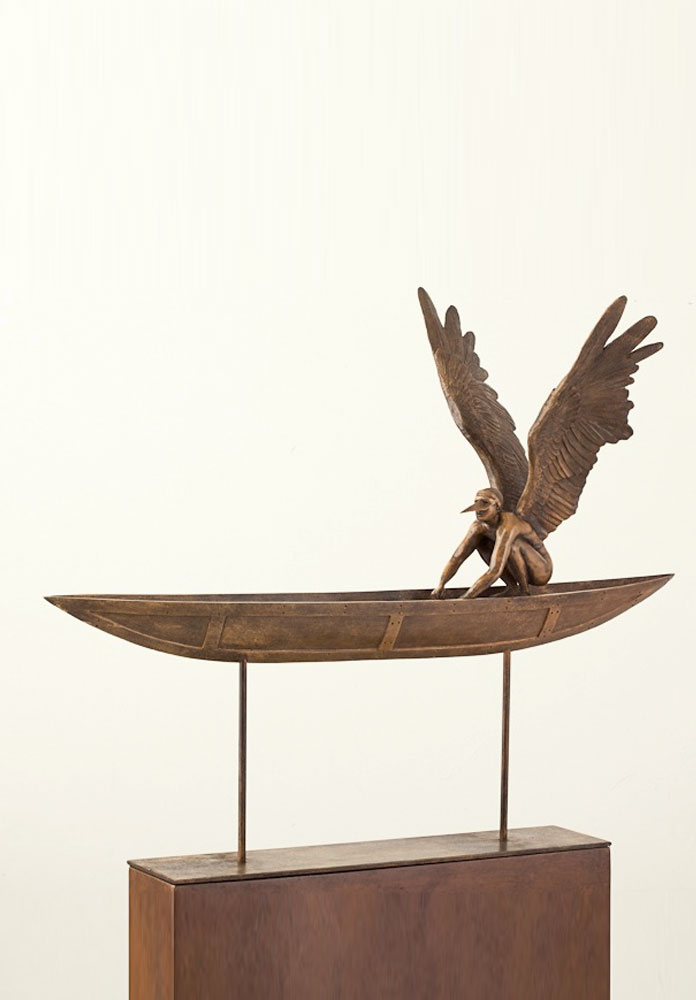 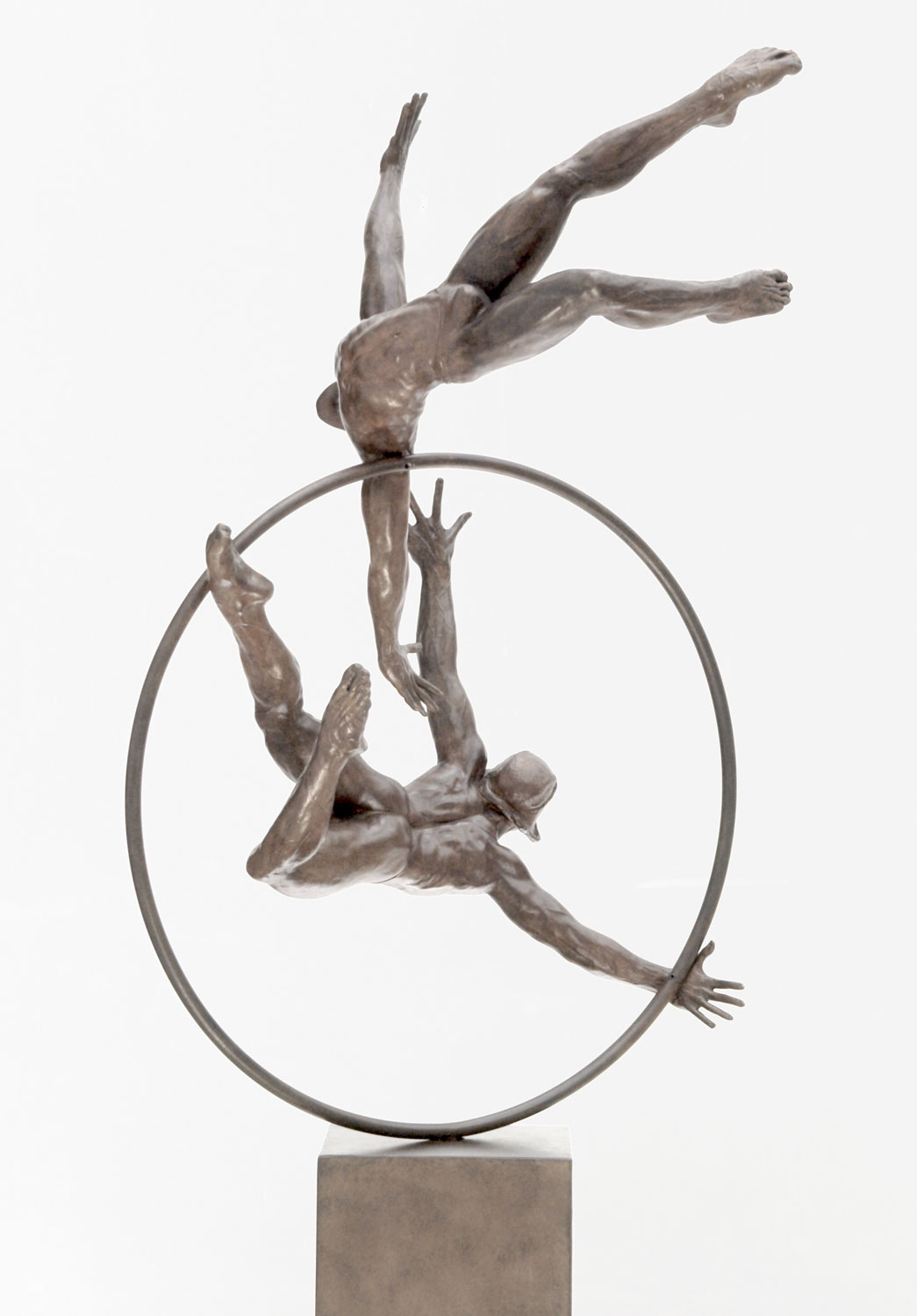 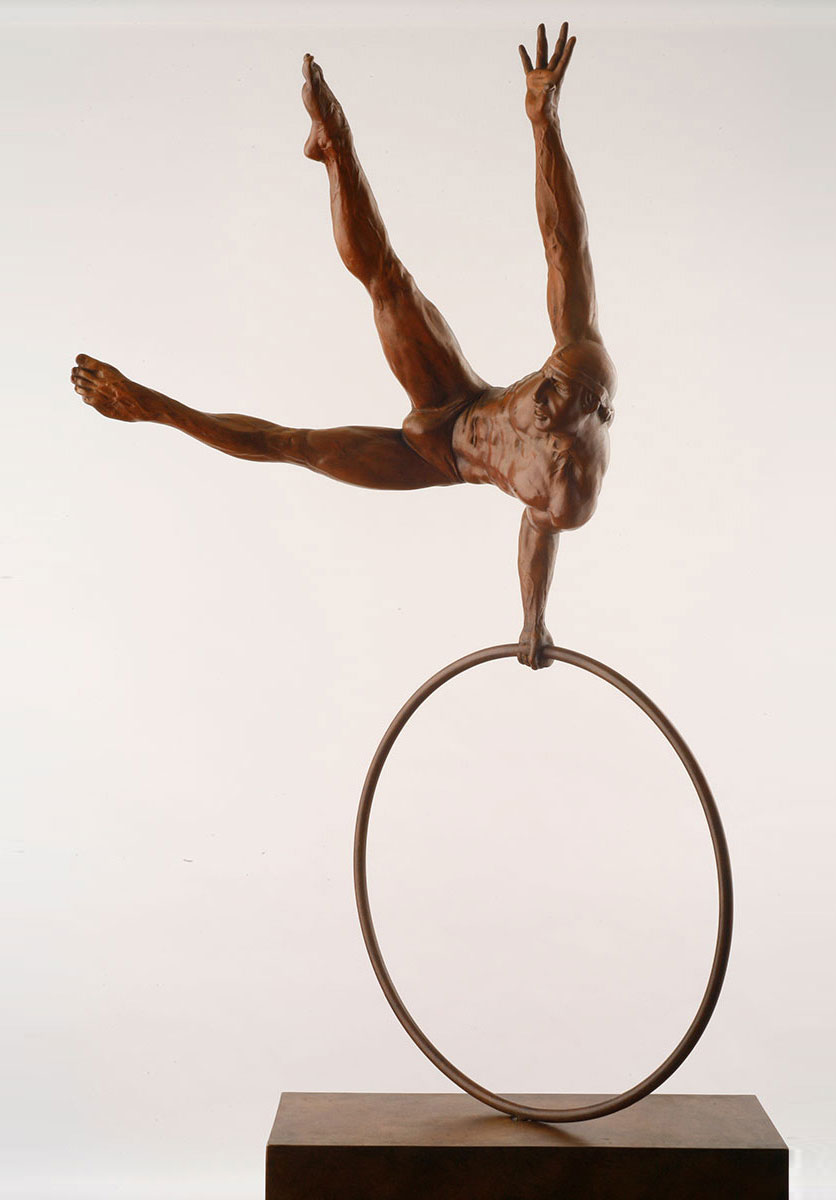 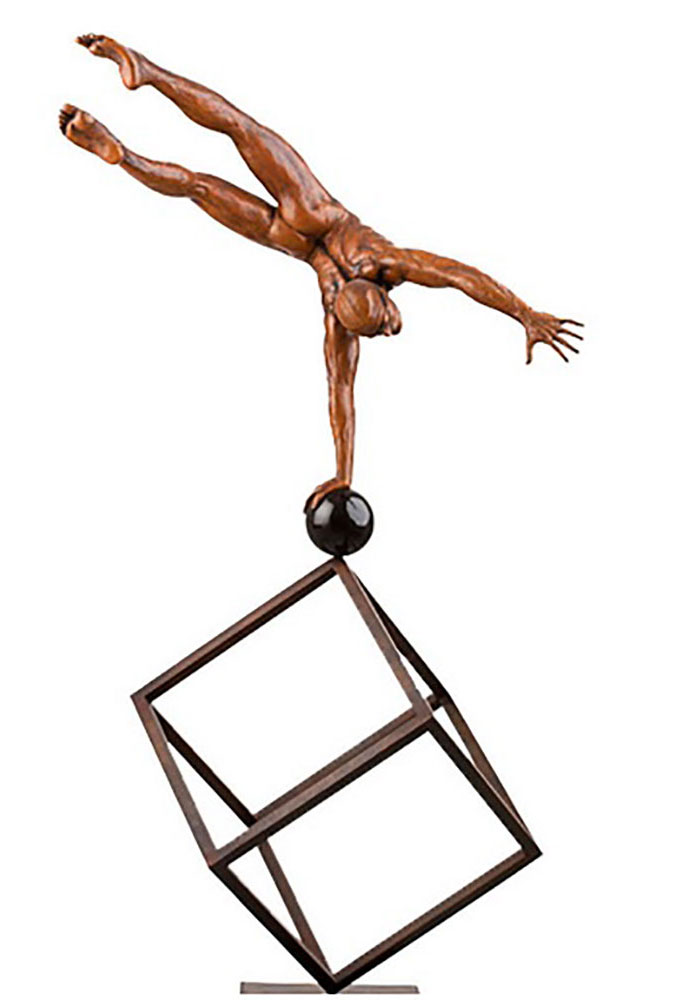 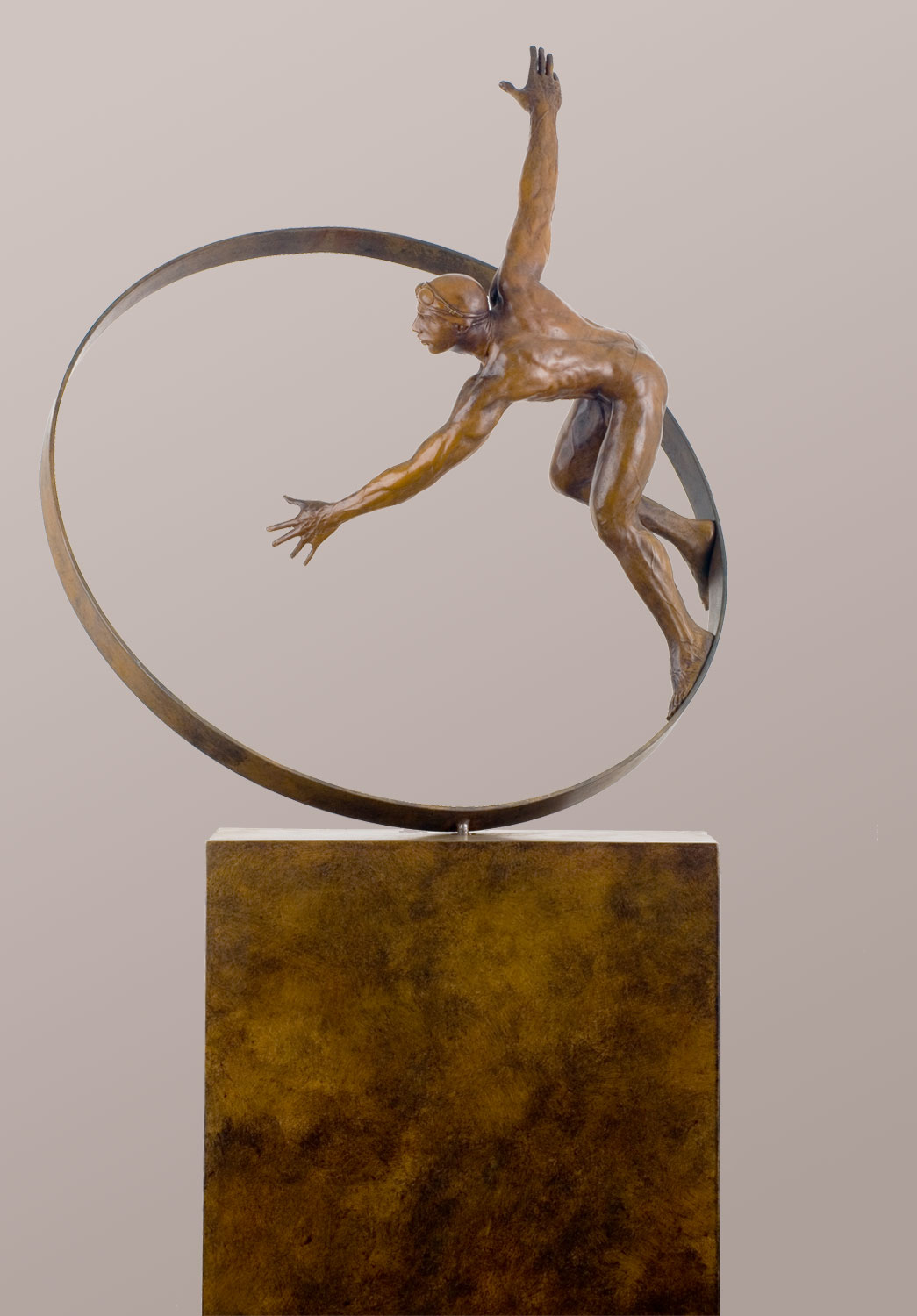 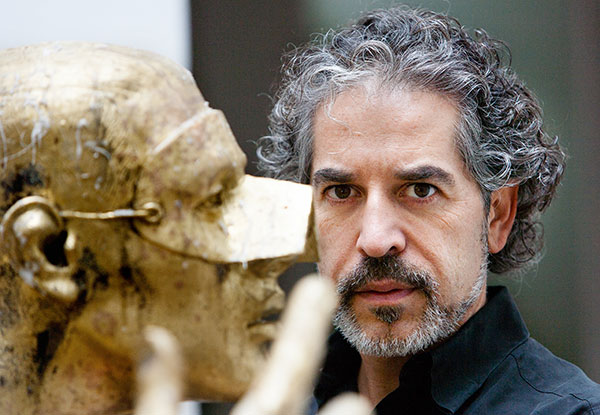 Born in 1963 in Mexico, Jorge Marin has a remarkable artistic career with already over 150 exhibitions in Latin America, in the United States and in Europe. Numerous important collections own one of his sculptures.

There is a constant subject in Jorge Marin’s sculpture, which is the body as an entity containing the spirit, always…

… appearing in the splendor of its physical state. The being is always explained by what contains it, the body.

Today, the body is conceived more as a space than an object in and of itself. It is the scenario of the human struggle as well as its synthesis and its memory. Thus, the human figure narrates humanity’s own becoming, and the body is, after all, simply landscape.

While it is true that this series of bodies tends to be based on the triumph of their acrobatic postures, metaphorically this corpses are speaking and surrendering to the temptation of risk and the Biblical prophecy of failing and falling down from this dubious paradise in which we live.

“My artistic proposition follows my vision and perception of the world, how I interpret it and how I see it. From there, I dealt diverse topics, always related to the people of the 20th and 21st century, that is to say my contemporary. It is also possible to say that they are questions of the man of all the times – as the paternity, the game, the balance, the fear, the love, the hatred, etc.”